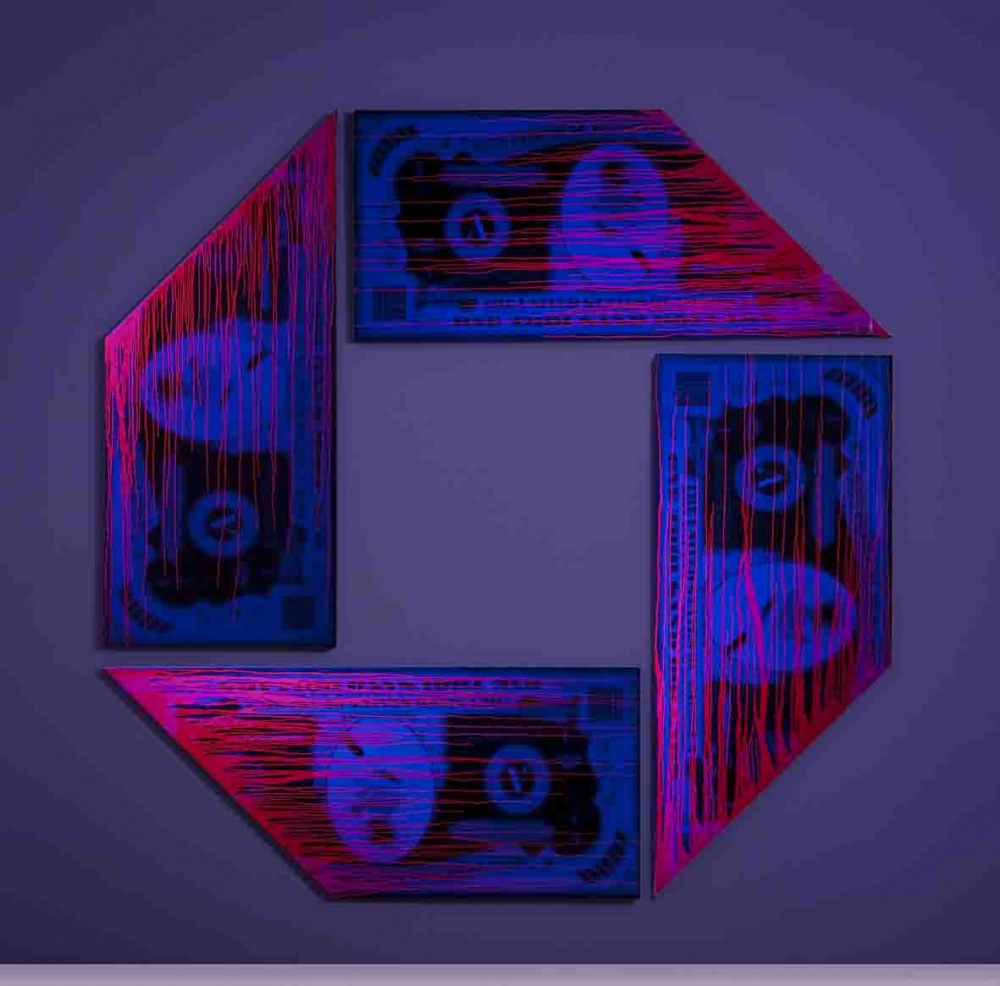 New York, NY - Taglialatella Galleries is pleased to present Zevs: Liquid Assets, an exhibition of iconic original and limited edition works by influential graffiti and pop artist Cristophe Schwarz, aka Zevs. Featuring paintings on canvas and board, sculpture, and select works on paper, the exhibition will open on September 14th, 2017 at the gallery location in Chelsea, NY.

Working in the streets of Paris in the late 1990’s, Schwarz adopted his moniker after nearly being struck by a train that locals called Zeus. Zevs became an important name in the street art world, and attracted a particular following in Paris, where people began to notice his recognizable works around the city— he created drawings that traced the shadows of Parisian street lights, called “Electric Shadows”.

In the 2000’s, the artist’s work became more controversial when he began adapting billboard signs and advertisements on the streets by cutting out models or words and replacing them with anti-commercial messages and imagery. While some local officials preferred to call it vandalism, the artist coined the term for this medium as “Visual Kidnapping”.

In the mid-2000’s, Zevs began to explore a style that would become his trademark iconography, called “Liquidation”, which was exhibited by Lazarides Gallery in London during a 2007 one-man show titled Liquidated Logos. The imagery was created by dripping paint from the logos of familiar brands that were considered symbols of wealth, status, and corporate power. Zevs made the medium newsworthy after a 2011 arrest in Hong Kong – he announced an upcoming exhibition by painting a large, dripping black Chanel logo on a boutique clothing store.

Zevs would go on to become even more well-known after his arrest, especially after an appearance in the critically acclaimed Banksy film Exit Through the Gift Shop in 2010, and a 2011 exhibition in New York City where he shifted the focus of his visual commentary to American institutions, including Coca-Cola, Morgan Stanley, and Goldman Sachs. Despite his widespread gallery and museum recognition, and the subsequent demand from private collectors and auction houses alike, Zevs continued creating work for public consumption. Perhaps most notably, in November of 2016, the artist created a massive site-specific installation in the historical French castle Le Château de Vincennes.

Taglialatella Galleries will host an opening reception (6-8pm) on September 14th at their flagship location, 229 10th Avenue. The exhibition will be open to the public and runs through
October 1, 2017.