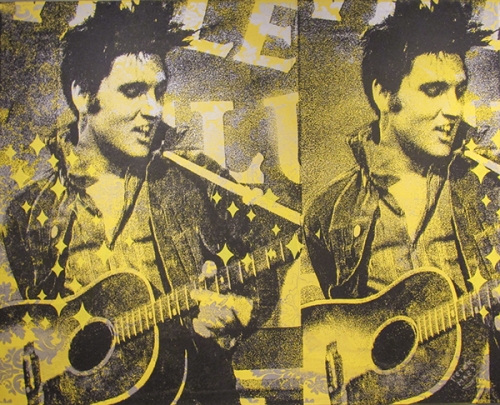 The colorful works of American Pop Artist Peter Mars are now in Taglialatella Galleries! Examining the ordinary things we see every day in an entirely new light, Mars explores popular culture and its icons, and the ways that those familar objects play into a viewer's sense of joy and nostalgia. Much of his work reflects the American pop culture of his childhood in the 1960s and '70s-- notably, the idealized American family, comic book figures, television, and space age inventions.
Employing silkscreen as his medium of choice, Mars engages his subject matter in a way that lets images speak their own language. The result is a textured, and complex commentary on the value system inherent to American society.
Mars is an official artist for Elvis Presley Enterprises and Mohammad Ali Enterprises, among other organizations, and has been featured in exhibitions around the world, including a show at the William J. Clinton Presidential Library in 2011. His works on canvas and paper are now on display at our New York City and Palm Beach galleries, and we hope you stop in to see them! Our gallery hours can be found underneath the "Gallery" tab.