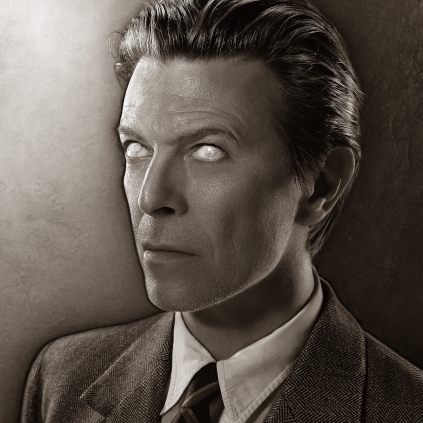 The campaign, which will run until April 22, will see works of art sold at auction to raise money for NHS Charities Together. Included in the collection are 12 black-and-white photographs taken of the Bowie in 2009 shortly after the 9/11 terrorist attacks.

“That strange, post-9/11 period felt so much like today. Bowie was a symbol of hope...so it felt fitting to make his image the lead piece for the auction.” Klinko has worked on shoots for Vogue, GQ, Vanity Fair, and Harper’s Bazaar - photographing Britney Spears, Mariah Carey, Kanye West and Naomi Campbell among others.