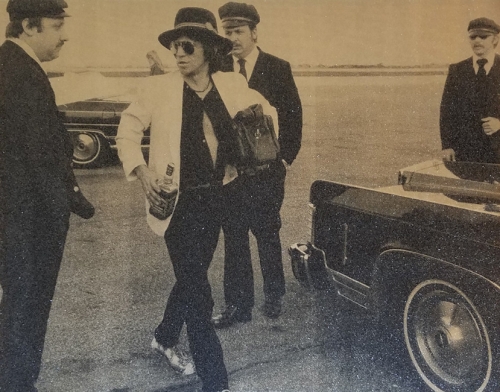 British-American artist Russell Young—best known for his diamond-dusted silkscreen paintings exploring fame, artifice, and the complexities of the American Dream—is partnering with Taglialatella Galleries for their Art for Relief campaign. Art for Relief features internationally renowned artists seeking to share positive imagery and make a charitable effort to assist those impacted by the COVID-19 outbreak. Each artist will feature their own campaign and charity of choice.

Russell Young’s campaign, titled “Start Me Up,” features a rare limited edition screenprint of the iconic Mick Jagger from Young’s classic Dirty Pretty Things collection. In addition are three original paintings on linen with his signature diamond dust technique, one of which features Keith Richards. Each work is hand-signed by the artist and will be offered at special reduced pricing, following the energetic theme and message of his campaign. As with all artists who will participate in Art for Relief—other artists include Mr. Brainwash and Joe Iurato—10% of all sales will be donated directly to the artist’s charity of choice.

As needs continue to grow in the medical community, Russell Young has selected Direct Relief for his charity of choice. Based in Santa Barbara, California, Direct Relief is a 4-star national and international charity organization that provides assistance to healthcare organizations all over the United States,delivering crucial personal protective equipment to help those in the healthcare system on the frontlines of the COVID-19 outbreak.

For further details and inquiries into print and painting purchases email info@djtfa.com for information, and stay tuned for more Art for Relief campaigns by Taglialatella Galleries.

Those who would like to donate aside from the purchase of an artwork can also visit Direct Relief to contribute directly to the organization: www.directrelief.org.

About the Artist
Russell Young is a British-American artist best known for his large scale silkscreen paintings that have been collected by the likes of Barack Obama, Drake, Kate Moss, and many others. His first breakthrough was his photography of George Michael for the sleeve of the album Faith in 1987. Young photographed many music stars throughout the years including Morrissey, Bruce Springsteen, Bob Dylan, REM, The Smiths, Bauhaus, Diana Ross, Paul Newman, Björk, and many others. He also went on to shoot over 100 music videos for leading artists during MTV’s height in the 1990s. Young’s current practice started with his sold-out show Pig Portraits in Los Angeles in the 2000s, when he began screen printing and incorporating his famous use of diamond dust. The many series that have followed have exhibited across the world in numerous galleries alongside masterclass artists, institutions, and cultural figures. He currently lives in Southern California.

About Direct Relief
Direct Relief is a humanitarian aid organization, active in all 50 states and more than 80 countries, with a mission to improve the health and lives of people affected by poverty or emergencies—without regard to politics, religion, or ability to pay. Direct Relief’s assistance programs are tailored to the particular circumstances and needs of the world’s most vulnerable and at-risk populations. This tradition of direct and targeted assistance, provided in a manner that respects and involves the people served, has been a hallmark of the organization since its founding in 1948 by refugee war immigrants to the U.S.