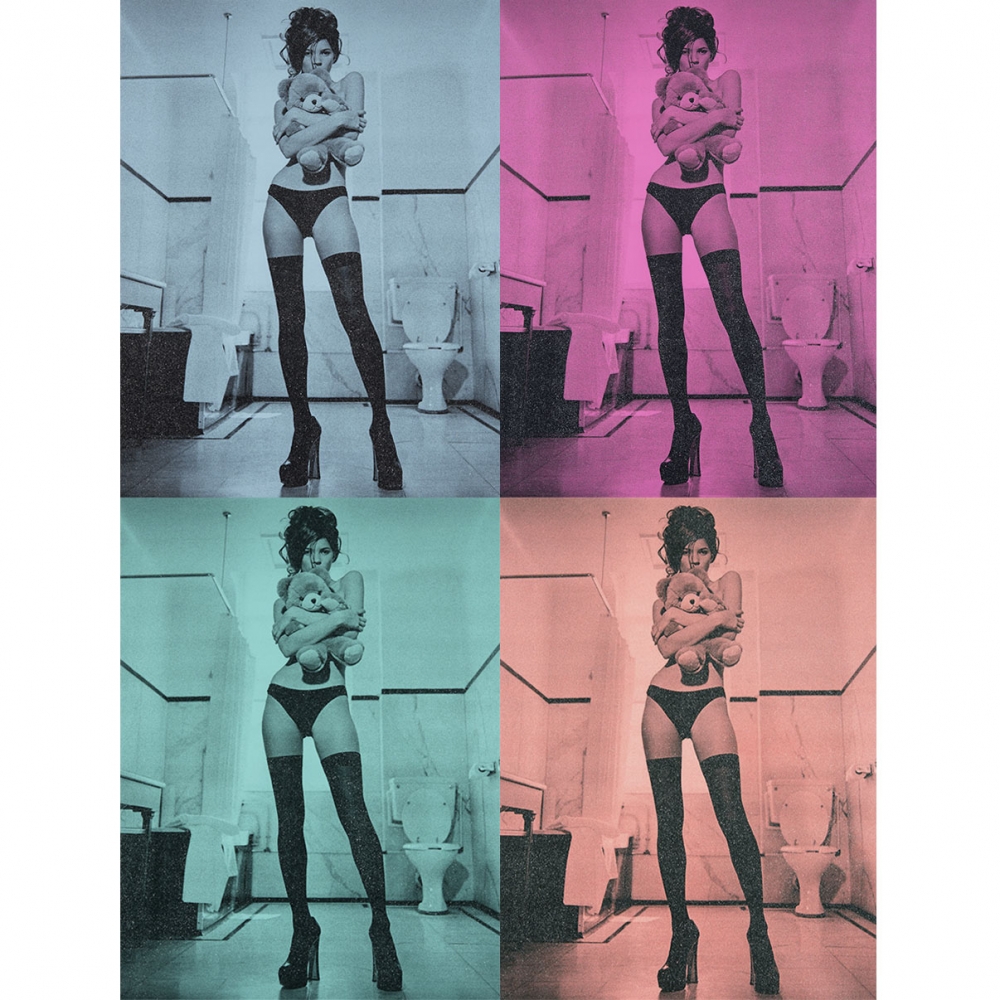 Celebrating the fifth-year anniversary of Taglialatella Galleries - Paris, we are pleased to announce the opening of our new and expanded location, featuring a month-long exhibition by our internationally renowned contemporary pop artist Russell Young, titled Kate Moss Superstar.  The opening reception will take place on the evening of Thursday, October 15, 2015 and the exhibition will run through November 14, 2015.

The new and expanded location (117 rue de Turenne, 75003 Paris) will feature Russell Young’s most recent unique screenprints on canvas in nine new colors hand-mixed by the artist, with his iconic diamond dust. In his tribute to Kate Moss’ photograph, originally shot in 1990 by fellow British photographer and friend of the star, Kate Garner, Russell Young reveals his fascination with and curiosity for fame, and its role in our society.

Please join Taglialatella Galleries – Paris’ partner and director Nadege Buffe and her New York associates Dom and Sally Taglialatella for the inauguration of their new location, October 15th , 2015 at 117 rue de Turenne in the  art district of le Marais,  75003 Paris.