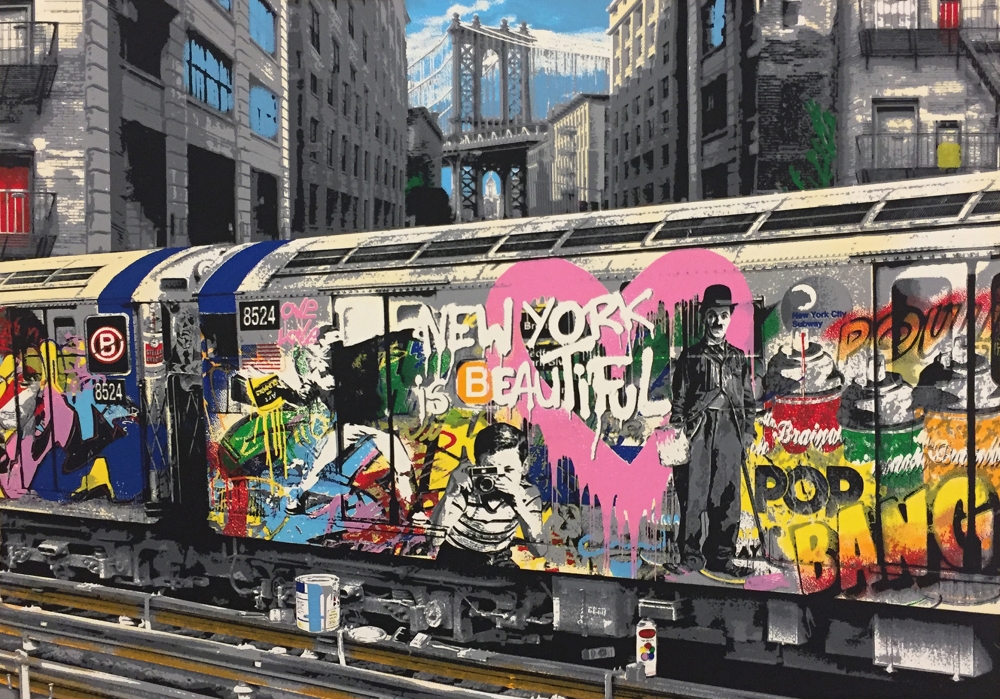 Thierry Guetta aka Mr. Brainwash first gained notoriety in 2010 for his role in the Banksy- directed documentary Exit Through the Gift Shop, which was nominated for an Academy Award. Since then, the artist has achieved commercial success around the world and participated in numerous gallery & museum exhibitions. Guetta has had many high profile commissions, including design for the cover of Madonna’s Celebration album, as well as corporate partnerships with companies such as Nike, Coca Cola, Ray Ban, and more.

The gallery will host an opening reception (6-10pm) on August 18th and the exhibition will run through October 16th, 2016. The space will be curated as a pop-up style show, open to the public, before Taglialatella Galleries permanently moves to 229 10th Avenue this November. This will also be the first exhibition sponsored by Stella Artois in partnership with Taglialatella Galleries. For further information and media requests, please contact the gallery: info@djtfa.com or
212-367-0881.